skip to main | skip to sidebar

Russian libertarian politician Vera Kichanova was attacked during her election campaign to parliament and her petitions for that day were destroyed.
Some of you may have met Vera at recent Libertarian Party Convention in or at Porcfest in where she spoke about libertarianism in , difficulties and peaceful international cooperation. She is already elected to district council in , the only one from our Libertarian Party of Russia (she went as an independent because the party is real but not registered). Now she is having a campaign to the parliament. Putin’s government play hard trying to destroy any real opposition. He got control over the most popular mass media, he controls police, courts, electoral commissions… And still Putin and his people are afraid so they destroyed some electoral blocks and created very high barrier for independents for this elections in terms of high number of required voter petitions. More over they arrested couple candidates from opposition and now they orchestrated obstruction of Vera Kichanova’s petition gathering including this attack I’m going to give some details on. 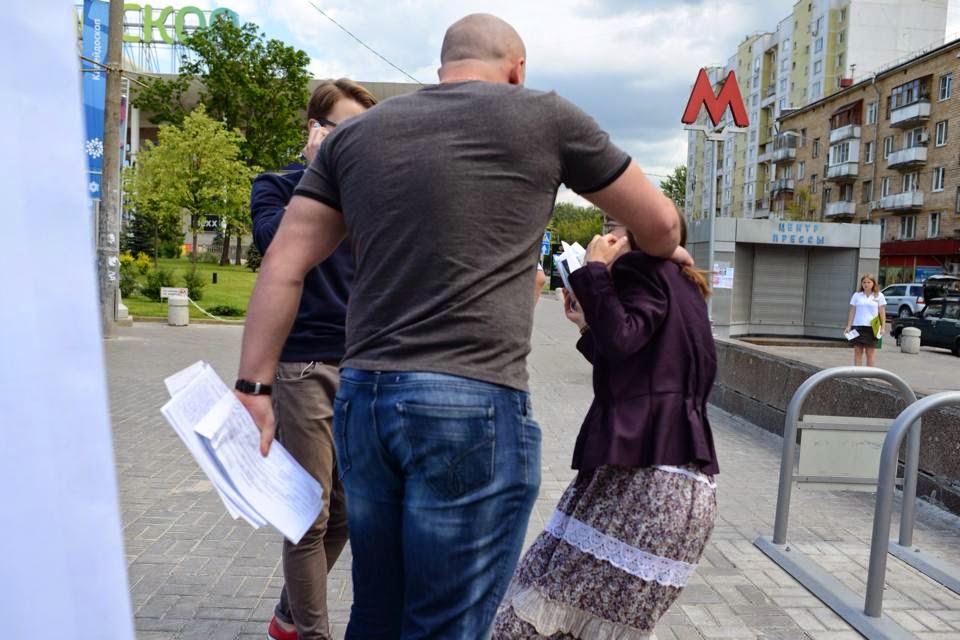 - Attack on Vera Kichanova and her volunteers during her election campaign: her petitions were illegally seized and destroyed by a thug who were acting with local private security firm. Vera has certain immunity as an elected politician but it didn’t stop him from physically attacking her and grabbing her hairs. 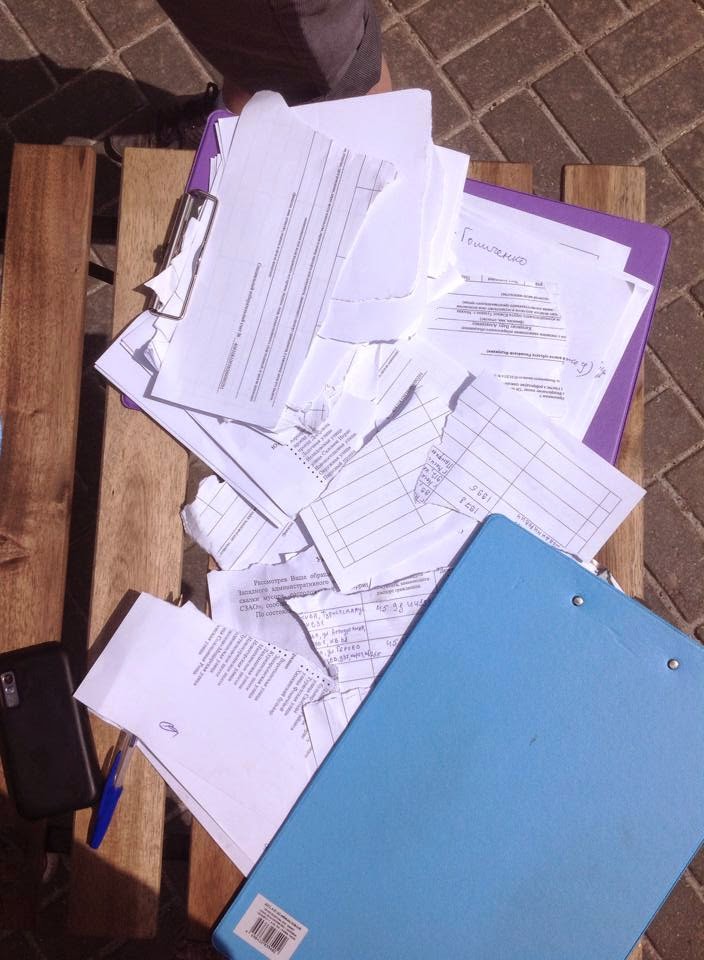 - Attack on Vera Kichanova and her volunteers during her election campaign: signed petitions destroyed which is a felony, but who cares in Putin’s , police was refusing to investigate disruption of electoral process, they said it’s just some minor disorderly conduct of attackers.

In her first description of the attack in she wrote:
“Today me and my volunteers were attacked near metro station. Our signing booth was destroyed and they torn up about 40 of the collected signatures (and this is a half day of work). One of the attackers, Bulychev Alexei Nikolaevich, Senior Inspector of the trade center "Kaleidoscope", claimed that this public territory near metro station belongs to him, and that my elected official documents which gives curtain immunity are bought. Now eyewitnesses give testimony to police, while the rest continue to collect signatures. If you can help-come […]we have only four days to deliver signatures to election commission […]need your support”
Upd. The very next day that the attack had happened and Vera tried to seek justice at a police department the very member of Putin’s police began interfering with a work of her signature gathering booth showing that it wasn’t just a misfortunate accident but more like state policy…

What can you do:
There’s not much foreigners can do in this situation but learning about Russia not only from Putin’s Russia Today is essential because often even our colleagues like Lew Rockwell are spreading outright lie (see his recent comments in support of Putin’s paramilitary commanders Girkin and Babai occupying several Eastern Ukrainian cities).
Some friendly words and friendly advices to Vera might be nice too.


Learn that Putin is illegitimate President who doesn’t represent majority of Russians. Yes, he is powerful since has support of his police etc but his elections was fraudulent. E.g. in some regions like Chechen republic Putin claims 99 % of registered voters came to voting places and 99% voted to Putin and his ruling party United Russia. Every thinking man knows it could never be true (unless he is a thug commenting on Putin’s Russia Today). Some people who were trying to show this and fight this voting fraud were killed by Russian police (like Magomed Evloev in Ingushetia who was proving that many people who’s votes were counted actually never voted) others like me were physically stopped from recording election fraud, threatened and never found justice in Russia.
Автор: x на 11:36